JOHN BURNHAM SCHWARTZ was born and raised in New York City. He is best known for his bestselling novels Reservation Road (1998) and The Commoner (2008). His sixth novel, The Red Daughter, inspired by the remarkable life of Joseph Stalin’s only daughter, will be published in the United States by Random House on April 30th, 2019.

At Harvard, Schwartz majored in Japanese studies and played on the undefeated varsity squash team. Upon graduation, he accepted a position with a prominent Wall Street investment bank, before finally turning the position down after selling his first novel. That book, Bicycle Days, a coming of age story about an American in Japan, was published in 1989 on his twenty-fourth birthday. It went on to become a critically acclaimed bestseller.

Reservation Road, his second novel about a family tragedy and its aftermath, published in 1998, was also critically acclaimed and a bestseller, and in 2007 was made into a major motion picture based on Schwartz’s screenplay. The film starred Joaquin Phoenix, Mark Ruffalo, and Jennifer Connelly, and was directed by Terry George. 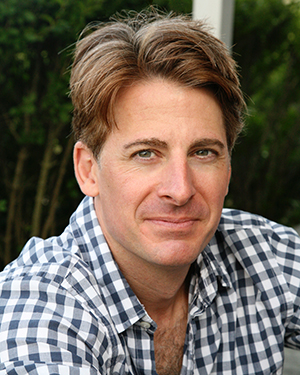 Schwartz went on to publish Claire Marvel, a love story set in America and France, and, in 2008, The Commoner, a novel inspired by the lives of the current empress and crown princess of Japan. Spanning seventy years of modern Japanese history and looking deep into the secret, ancient world of the Japanese Imperial Family, The Commoner won Schwartz the best reviews and sales of his career. In Northwest Corner, published in 2011, Schwartz picked up the lives of some of his characters from Reservation Road a dozen years later, telling a powerful story that explores the generational impact of violence and grief on two American families.

Schwartz’s work has been translated into more than 20 languages around the world. He is a recipient of a 1991 Lyndhurst Prize for mastery in the art of fiction, and his journalism has appeared widely in such publications as The New Yorker, The New York Times Book Review, The Boston Globe, and Vogue, and numerous essays of his have been anthologized.

Since writing the script for Reservation Road, Schwartz has become an accomplished writer for film and Television as well as a novelist. In 2018, he was nominated for a Writers Guild of America Award for Outstanding Writing for his work as a screenwriter of HBO Films’ The Wizard of Lies, starring Robert De Niro and Michelle Pfeiffer.

Schwartz has taught fiction writing at Harvard, The University of Iowa Writers’ Workshop, and Sarah Lawrence College, and he is the longtime Literary Director of the Sun Valley Writers’ Conference, one of the leading literary festivals in the United States.

He lives in Brooklyn, NY and Salisbury, CT with his wife, screenwriter and food writer Aleksandra Crapanzano, and their son Garrick.

JOHN BURNHAM SCHWARTZ is the bestselling author of six novels, including The Red Daughter, The Commoner, and Reservation Road, which was made into a film based on his screenplay. His books have been translated into twenty languages, and he has done extensive screen and television writing for the major Hollywood studios, including as screenwriter of HBO Films’ The Wizard of Lies starring Robert De Niro and Michelle Pfeiffer, for which he was nominated for a 2018 Writers Guild of America Award for Outstanding Writing. The longtime Literary Director of the Sun Valley Writers’ Conference, Schwartz is also host and co-producer of the literary podcast Beyond the Page: The Best of the Sun Valley Writers’ Conference. He lives in Brooklyn with his wife, writer Aleksandra Crapanzano, and their son Garrick.